Cycling, when utilised as a form of transport in an urban environment, holds valuable benefits and sustainable advantages for a wide variety of stakeholders.  Bicycle theft and inadequate bicycle storage facilities for on-street urban bicycle storage are some of the barriers preventing the wide-spread adoption of urban cycling.  This study proposes an on-street smart bicycle dock that is capable of adequately protecting and monitoring a bicycle during an urban commuting stop-over, thereby aiding in the removal of the related barriers weighing against a higher user adoption of urban cycling.

To ensure a successful and sustainable solution, the research activities investigated three important stakeholders in order to incorporate their requirements and behaviour into the solution to be developed. (1) Bicycle thieves were interviewed and studied to understand the methods and motives involved in urban bicycle theft, (2) active cyclists were investigated through questionnaires to understand their requirements and attitude towards a potential solution, while (3) a local municipal and academic institution involved in the potential implementation of the solution were engaged with to understand and incorporate their needs and requirements.

A conceptual solution that serves as the research model was produced by turning the relevant insights obtained from the research activities into product design specifications that served as a quantitative template to guide the development of the conceptual solution. The resulting solution was broken up into four functional areas that were developed separately but dependent on each other, after which they were combined to collectively form the final solution. These functional areas include (1) physical protection through a mechanical frame, (2) theft detection through a novel sensing system developed, (3) lock/unlock capabilities through the development of a locking mechanism, and (4) system integration and machine-to-machine communication capabilities through an IoT connection.

The mechanical frame entails the development of a mechanical steel frame that physically secures the bicycle's three top-priority components, which include the bicycle frame, front wheel and rear wheel. It locks the components with a novel locking method developed, in order to provide better protection by using less material and a quicker lock-up duration. The frame protects the bicycle’s critical components against the majority of tools and methods commonly used in bicycle theft, and was found to provide better protection than existing locking solution. The resulting mechanical frame is presented below:

The second area sees the development of a sensing system that uses force transducers situated below the bicycle, to convert any physical disturbance affecting the bicycle into a digital time-discrete signal that is processed by a signal processing algorithm developed, in order to detect any attempt of theft performed on the docked bicycle. The sensing system obtained a false-negative rate of 8%, a maximum average-detection duration of 8.6 seconds, and a false-positive rate of 15%.  The force-sensing bed, consisting of force transducers and amplification hardware, is presented below: 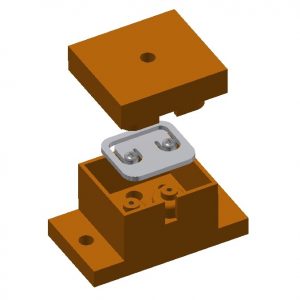 Some of the signals captured on the bicycle during attempts of theft are presented below. These signals are created by the force bed and amplification hardware, whereafter it is converted to a digital time-discrete signal. The signal is then analysed by a signal processing algorithm developed to detect characteristics present in theft-related disturbances. The algorithm produces a binary TRUE in the case that theft is detected in the signals.  The images represent the signal captured by a hacksaw sawing the mechanical frame (left), and the bicycle's handlebars being removed (right). 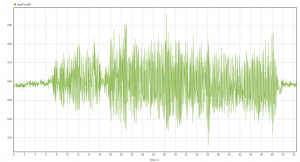 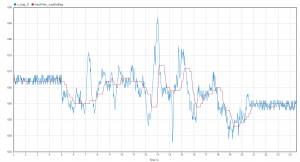 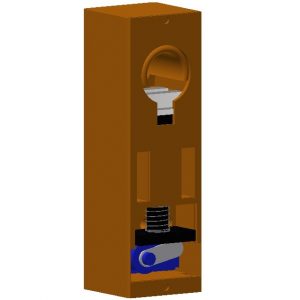 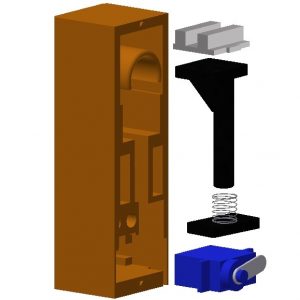 The system integration and control is responsible for administering and actualizing the synergy of the various model elements, to provide functionality to the system as a whole by providing the integration framework and system control process. It consists of four primary elements; (1) the user interface that is the first point of contact for a user, (2) a cloud-based platform to administer general system management, (3) communication hardware and software to enable connectivity of the various elements, and (4) hardware controllers to administer the control of the hardware components. 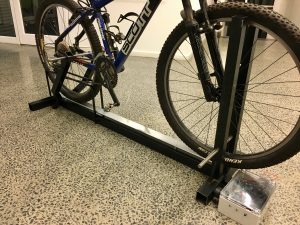 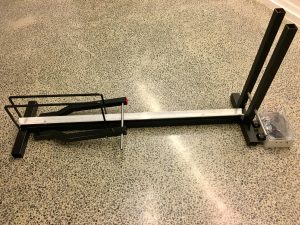 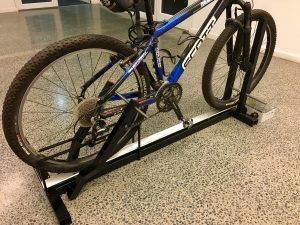 The images above presents the resulting prototype model developed. The resulting solution’s performance was successfully measured by executing five tests on various performance areas relating to the solution. The overall performance of the model is satisfactory, with the majority of the areas of performance complying with the requirements and specifications developed throughout the research. The mechanical frame showed satisfactory results on most of the methods required for protection, with only resistance provided against a hacksaw not meeting requirements. The sensing system’s false-negative and detection duration performance are determined as complying to requirements, with the false-positive rate underperforming against its requirement by 15%. The locking mechanism’s performance is measured as compliant to the requirements set, while the financial analysis also showed satisfactory improvements and potential benefits of the solution developed as measured against existing solutions. The frame sizing experiment revealed a very good performance, with all bicycle types except one, fitting into the frame. The system’s compliance to its requirements are deemed predominantly positive.